After I arrived at Shell Lake, it didn’t take me long to launch my boat and race to the first of a series of my favorite shallow water bays. The sun was already casting a glare off the surface of the water. Before long I was standing at the bow of my boat getting ready to make my first cast of the day. The water was like a sheet of glass. It was almost a shame to disturb it. However, I casted the topwater bait and began to retrieve the lure back to the boat along the surface of the water. Within a few winds of my reel, the water violently erupted as an aggressive feeding northern pike smashed the surface lure and took it under. 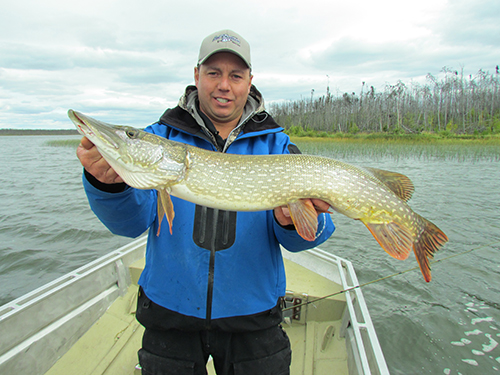 I instantly felt the weight of the fish as my rod bowed under the pressure. Fishing line was being peeled from my reel as the pike made several runs back to the bottom. After a worthy fight, I worked it off the bottom and into the net. One cast, one topwater pike. The scenario repeated itself over and over throughout the day and I’ve never missed an opportunity to cast topwater lures to springtime northern pike in Saskatchewan since.

Northern pike are one of Canada’s most aggressive predator fish and may be the most aggressive predator fish in the western provinces. They will bite year-round on a variety of baits, however, after spending six months under the ice in cold water and low light conditions, in the spring, pike will move into the shallow bays and rest and sun themselves recuperating from the stresses of the recent spawn. While resting, pike are still more than willing to feed to restore their energy levels and springtime anglers can take advantage of a unique fishing opportunity. 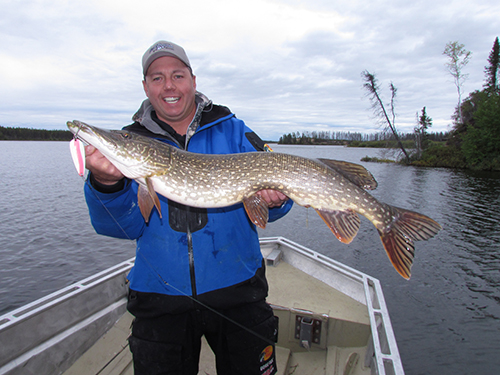 I like to fish for northern pike in spring using topwater baits or running baits just below the surface. My favorite are bass baits and Len Thompson Lures (spoons). There is nothing like seeing a pike, big or small, break the surface of the water after your bait. You can actually watch the strike take place. Avid fly fishermen come from around the word to cast large flies and streamers to resting pike on thousands of Saskatchewan lakes and rivers. If you're looking for a fish fight like no other, try pike fishing with a fly rod. However, if you’re not a fly fisherman, you can cast a variety of topwater baits to shallow pike using a spinning or bait-casting rod and reel. Cast the lure past the resting pike and begin your retrieve so the lure is in its natural swimming motion when it passes over top of the fish. It’s not uncommon to watch the pike turn on your lure and move into position to take your bait as it swims above them. When the pike commits to striking your bait, time seems to stand still as it speeds after your lure and breaks the surface of the water with its mouth wide open like a great white shark to consume your presentation. Your heart rate speeds up and adrenaline races through your veins. It’s an adrenaline-filled fishing adventure that will repeat itself cast after cast. 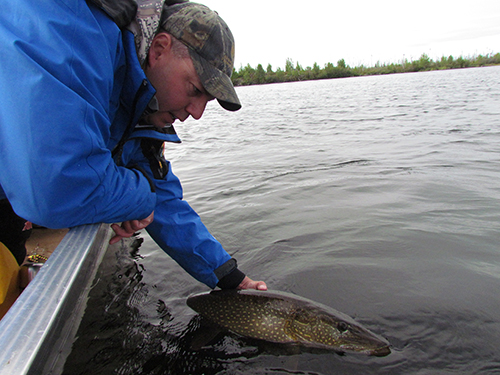 Spring pike fishing in Saskatchewan is one of my favorite trips of the year and now is the time to plan your topwater pike adventure. It will be a trip you pencil in on your calendar year after year!

Wes is a freelance outdoor writer, photographer, producer and host of Fishing the Wild West TV which airs on Wild TV in Canada, the World Fishing Network in the US. When he isn’t shooting the show or writing, he is competing in professional walleye tournaments, giving fishing seminars and he is also very active in conservation efforts throughout Canada. He is a huge promoter of catch and release fishing and educating the next generation of anglers.