When I ask other anglers which season is their favourite, their answers are pretty much the same:

I am more biased; as a shore-bound fisherman, spring is my favourite season in Saskatchewan. It's when the days are longest and the water clearest—when you get that first taste of the open air and feel the weight of your lure and line as it streams through the guides of a fishing rod.

My first casts are always at Madge Lake, Duck Mountain Provincial Park. Shortly after ice-off, northern pike and walleye (aka pickerel) make their way to spawning stages in much shallower water than their wintering depths. This makes spring one of the few times you can reliably hook mature walleye while standing with both feet on dry land, usually in spots that few people would bother to try during warmer months.

On the long shores of nearby Lake of the Prairies situated in Saskatchewan and Manitoba, rods are typically seen propped up by Y-shaped pieces of driftwood. Here, the weapon of choice is a pickerel rig baited with minnows. While big walleye are the main draw, Lake of the Prairies also hosts northern pike, perch and rock bass—Saskatchewan’s only native bass species. The lake is fed by the Assiniboine River, where pike or walleye can be caught as far as its upper reaches northwest of Preeceville when waters are high. 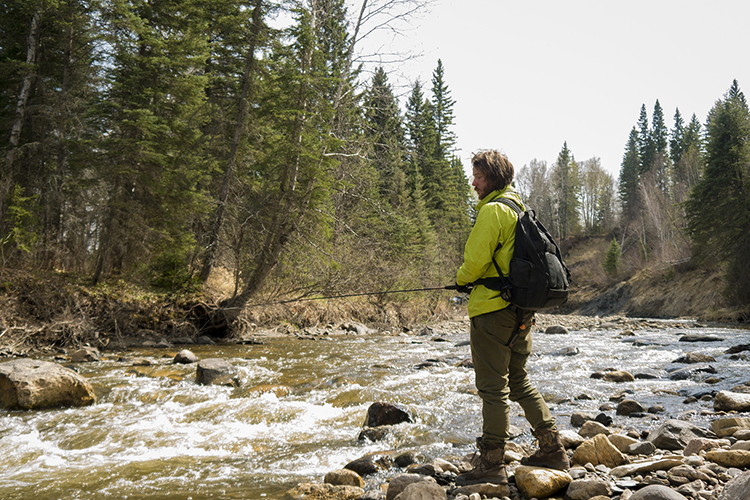 The freedom to move around and explore shorelines is just as liberating whether you’ve spent winter inside an ice fishing shack or at home rearranging your tackle box. For this reason, I look forward to stream fishing the most.

After the spring melt and when fiddleheads and morels pop up on the forest floor, brook trout become a viable option in some stocked rivers. A small spinner or spoon with the ‘five of diamonds’ pattern, weighted with split shot for particularly fast-moving water, are safe choices. But you might want to try dialing in with a fly. A stonefly nymph imitation in mid-to-late spring can coax a bite from a silvery brookie. But the fun is in experimentation, observing the river to find the current hatch. 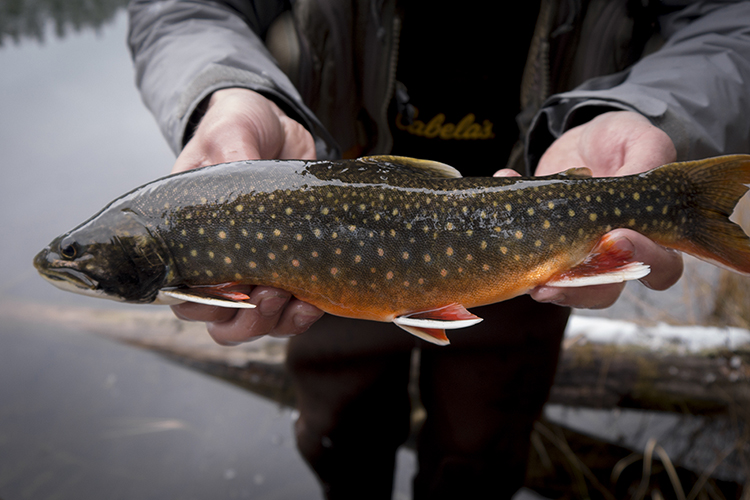 Spring brings a sense of wonder and possibility—even lake trout, which usually swim in depths unreachable without specialized tackle, can be caught in much shallower water. Best of all, the days are long allowing you to get lost in casting, trolling or simply watching your line while sitting back on a sandy shore. There is no pressure. Open water season has just begun, and there is a whole year of fishing ahead.

More information on fishing in Saskatchewan can be found here. 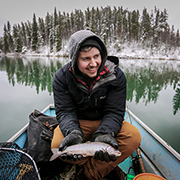 My name is Andy Goodson. I live in Saskatoon where I eat, sleep and wait for my next chance to go fishing. I am also a self-proclaimed gourmand who is not above launching into florid prose over the aesthetics of an expertly crafted club sandwich.

I hibernate over winter, emerging occasionally for food and sloppy garage rock shows. Otherwise I am travelling Saskatchewan, exploring remote lakes and rivers as an avid photographer and wilderness backpacker. I spend most of my time in Duck Mountain Provincial Park, my base for backcountry camping in the Porcupine and Pasquia Hills further north. My friends and I share our adventures in this area at saskborder.com.