During a fishing adventure with buddies, a story came up about a far-off lake full of lake trout. One friend reminisced about a trip to Kamatsi Lake in Saskatchewan in the late ‘90s. He told us of driving 15 hours, and then flying into this little remote lake. It was September, they caught lake trout from the rocks like crazy. The story was told with a smile, met with many other smiles, and the plan was hatched for us to go to Kamatsi Lake.

The funds were finally saved, and the plans set in stone. We were booked with Lawrence Bay Lodge on Reindeer Lake, which owns the outpost on Kamatsi. When we arrived, we knew the lake trout would be deep at this time of year. We knew we would have to search for them.

Equipped with small, portable depth finders, we went about reading banks and points in search of trout. It took some trolling to find a lake trout before we hit the motherlode. There were four of us. By the end of the week, we landed an estimated 200 lakers.

Fast forward to summer, 2018. We were going to take our knowledge, and multiply it. This time, we already had a basic lay of the land. We had stocked up on Buzz Bombs and Kastmasters, which we had run low on during the previous trip. We also got rid of the stuff we felt was not effective. (Remember, weight is a concern when dealing with fly-in trips.)

Planning for the trip

As with any trip we had to plan everything, from who is going, to when it works for everyone. We had to plan how we were going to get there, and what we needed to take for food. Remote fly-in trips require a lot of planning. Once that plane flies away, you are on your own. Going to the store down the road is not an option.

Once we had all of those questions answered and our plans together, we needed to get to the minor part, which was packing rods, tackle and electronics. One aspect that took some thought was power. Our camp did not have electricity. For charging, we took a solar charger and an extra battery. This way, a battery was always on charge during the day. We rotated who got the fresh battery the following day.

Once we arrived at the camp, we were anxious to get on the water and catch some fish. We simply drove to the general area of what we called “the honey hole,” and started looking around until we marked fish. They were right where we had left them four years earlier, and we were on fish. After we got the initial fish-catching frenzy out of our systems, we started to experiment with different tackle and techniques to dial things in even further.

There are walleyes, too! 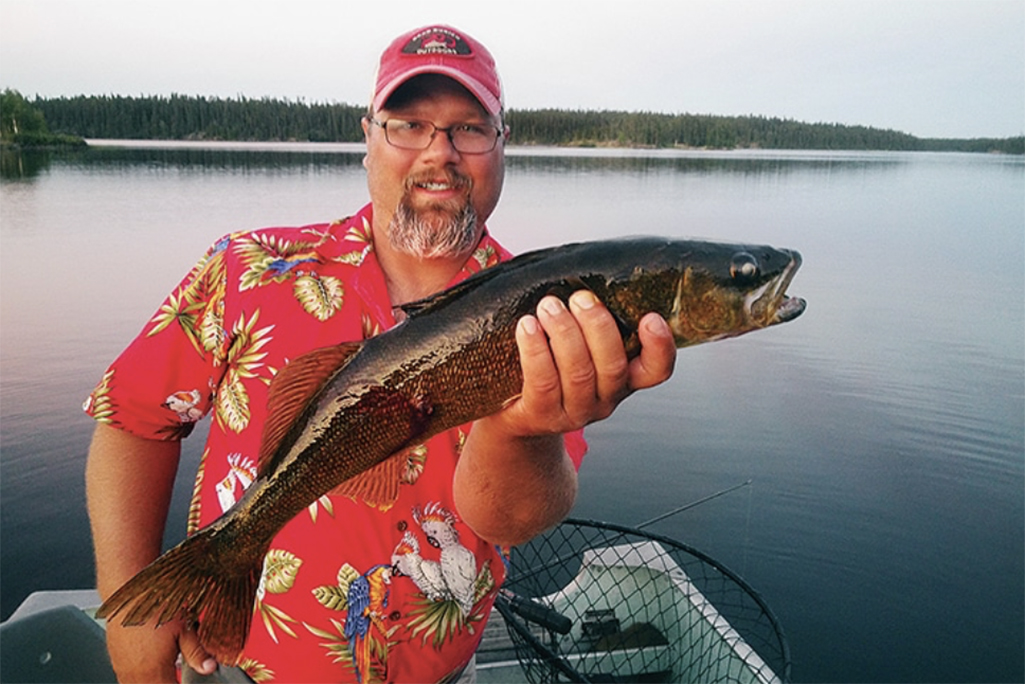 On day two of our excursion, we headed up to a section of lake we did not visit during the first trip. We caught some fish, but never did hit the home run. Then, the wind told us we had better get those little boats back to familiar water. Two of the boats went to other areas of the lake to avoid the wind. One boat explored a little neck area near where we had left. They ran into an area of what we believe may have been fish that had never seen a hook. The next day, I went out to the area and ran a quick map of it. What came out was a nearly identical map to the one from the “honey hole.”

Now we had a pattern. Something to look for. For the rest of the week, we fished our spots each day, but we also explored many untouched areas as well, finding the same little bowls located between shallow water and a deep drop-off. Thanks to technology, we were able to put together a solid plan to be successful with lake trout all week.

Trip of a lifetime

We already knew we were going to have a great time. After all, what is not to love about spending a week with your friends fishing, visiting and just being guys. We had the lake almost all to ourselves (there was one private cabin on the other end of the lake), and we had the lakers figured out.

Nobody kept a true and solid count, other than we compared notes at the end of each day. We know for a fact that the six of us, combined, easily crossed over the 300 lake trout mark. We know that we found new spots that had been fished very little, if ever at all. We also learned that 21st century technology—and knowing how to use it—can make a trip of a lifetime one to truly remember. 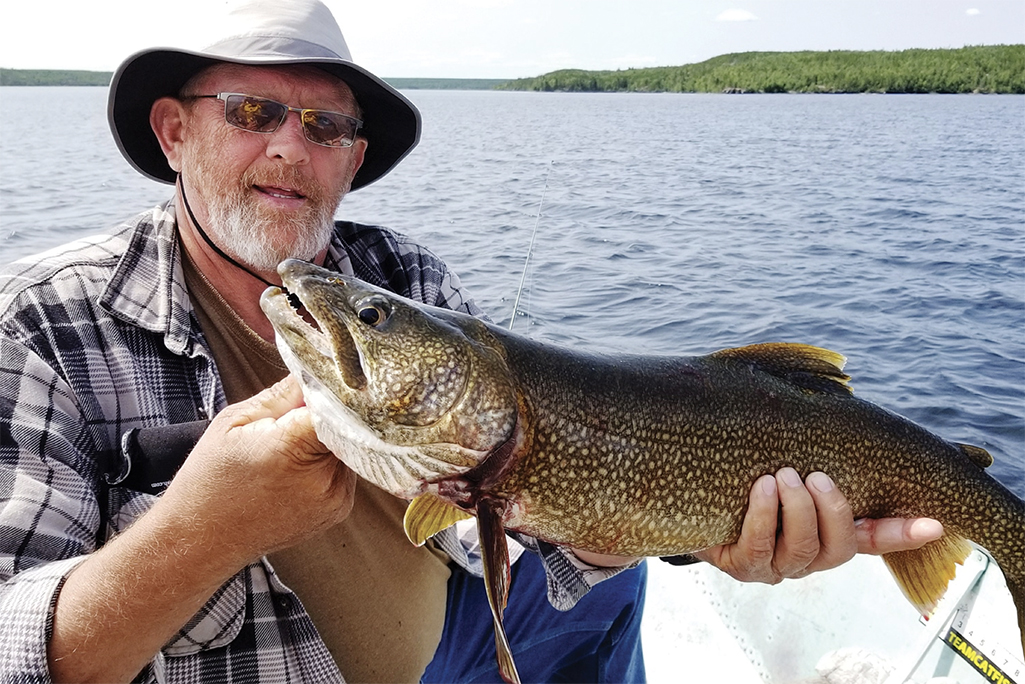 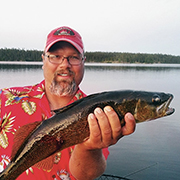 Captain Brad Durick is a nationally recognized catfish guide, seminar speaker, and author of the books Cracking the Channel Catfish Code and Advanced Catfishing Made Easy. For more information: redrivercatfish.com or facebook.com/braddurickoutdoors.

Reprinted with the permission of Midwest Outdoors.