More than 4,000 lakes, islands and bays in northern Saskatchewan bear the names of individuals who lost their lives in military conflict. Doug Chisholm, a northern bush pilot and heritage researcher, has photographed nearly all of these commemorative sites and installed tribute plaques at almost 250 remote locations on behalf of families. It is a quest that he has pursued for 20 years and he shows no signs of stopping. 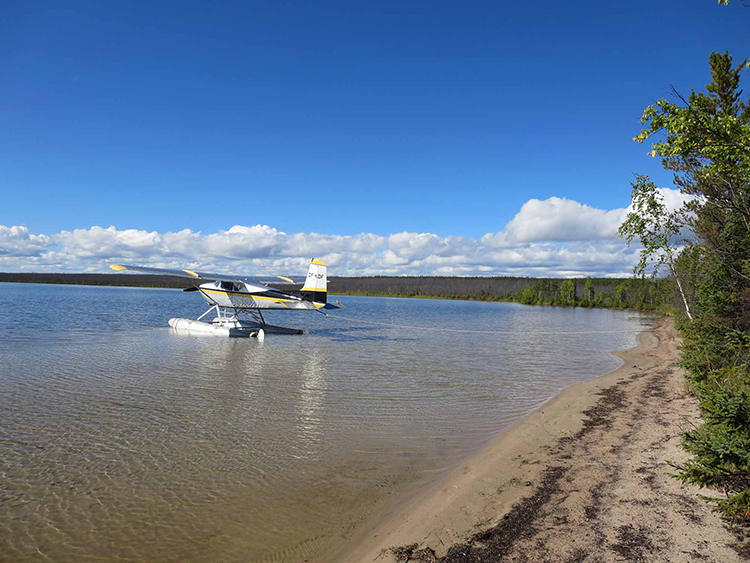 Fueled by a desire to honour service people who made the ultimate sacrifice while fighting for freedom, Chisholm has helped families connect with the landmarks named for their loved ones.

Over 90,000 Saskatchewan residents enlisted in the Second World War, roughly 10 per cent of the province’s population at the time. For the nearly 4,000 who never returned, the Government of Saskatchewan’s GeoMemorial Commemorative Naming Program, initiated in 1947, is an appropriate, lasting tribute.

Through detailed record-keeping, aerial photographs, along with information and images received from nearly 2,000 families and Royal Canadian Legion branches, Chisholm has assembled an extensive collection. His work has contributed to the Saskatchewan Virtual War Memorial.

As Canada responds to world conflicts and more names are honoured, Chisholm continues to collect photography and video to share with families. 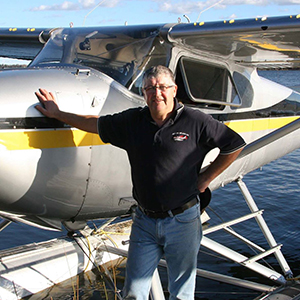 “Every trip is different. Each site is different, like the individual . . . they are all special,” Chisholm said. “You never know what to expect. When you go there and land, and tie up on shore – it’s tranquil, it’s beautiful.”

Chisholm added that during visits to geo-memorial sites, he collects some water from the lake and a few rocks – mementos that he sends to the family.

Each trip is meaningful. Some stand out for obvious reasons. Chisholm reflected on the flight to Dustin Wasden Island. Its namesake, Cpl. Dustin Wasden (12 Field Squadron, 1 Combat Engineer Regiment), was killed in action in Afghanistan in 2008. The island rests on Wasden Lake, named for the corporal’s great-uncle Pte. Harold Wasden, who died fighting in the Netherlands in 1944.

Chisholm has two books to his credit: Their Names Live On: Remembering Saskatchewan’s Fallen in World War II, published in 2001; and Age Shall Not Weary Them: Saskatchewan Remembers its War Dead, a fitting companion to the Saskatchewan War Memorial, erected on the grounds of the Saskatchewan legislature in 2005. 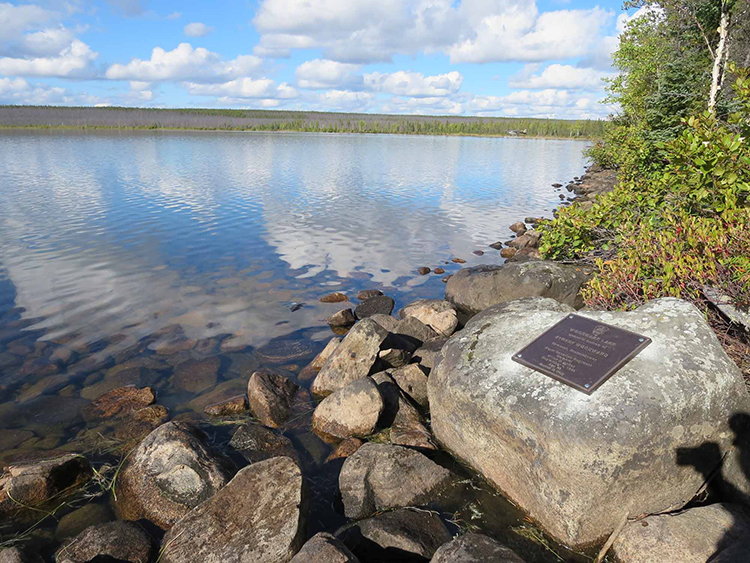 Learn more about Doug Chisholm and his work by clicking here.

Visit the Valley: A Day Trip to Lumsden
From Farm to Table and Tap
Driving for Dessert: Oda Coffee + Wine Bar in Manitou Beach
Summer Fun at Saskatchewan’s Provincial Parks
Ride Back in Time on a Saskatchewan Railroad Adventure