History of the Churchill River

The Churchill River is a waterway that was important to First Nations travel and trade centuries before the arrival of explorers and voyageurs. Ancient rock paintings made by the area’s first inhabitants dot a route that has withstood time and civilization, navigating a landscape that remains in its pristine form.

Although modern day paddling enthusiasts have bestowed fame on this waterway, the Churchill River established its legendary reputation centuries earlier. In 1670, royal assent formed the Hudson’s Bay Company and Rupert’s Land, awakening the vast river and other northern Canadian rivers from their quiet existence with a century of wild exploits known as the Canadian Fur Trade. It is ironic that some of the most beautiful river systems and peaceful landscapes became the background to an era of lawless commerce. At the centre of all of this was Canada’s beaver, whose pelts were the prime ingredient in the fashionable hats that were in high demand across Europe. 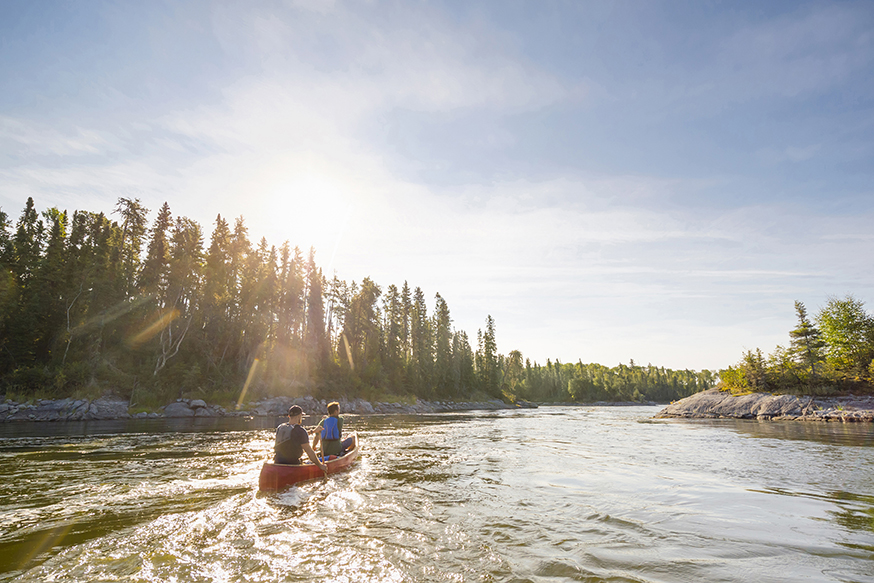 With the decline of the beaver population, trappers ventured further afield, as did the traders. New, faster routes were constantly sought to gain a stranglehold on the competition and names like David Thompson, Peter Pond, Alexander Mackenzie and Simon Fraser pushed west and north, exploring and mapping Canada’s wilderness waterways to the benefit of the Hudson’s Bay Company, the newer North West Company and the XY Company. Unknowingly, the fur trade was also weaving the intricate fabric that would later bind this wilderness together as a nation.

The fur trade did not offer an easy existence and, most certainly, life on the Churchill River was no different. A voyageur’s life centered on his 12-metre-long freighter canoe. Its construction from bark, wood and roots meant constant repairs at the end of the day, often by firelight. Supper usually existed of pemmican or dried peas mixed with water and lard. As early as 3 a.m., the day began again.

The First People of the Churchill

The Churchill’s colourful history as the Voyageur Highway was only a snippet in time. The Cree called their river Missinipe (big water). Archaeologists estimate that Indigenous people were in this region roughly 8,000 years ago. Rock paintings on shoreline cliffs invite a moment of connection across the centuries. Today, local communities speak to their ancient history through stories, legends and traditions.

Paddling the Churchill River is a journey across living history. Reverence for the river, bestowed upon it by generations of paddlers and communities seeking sustenance, livelihoods and a connection to nature, is as deep today as it ever was. 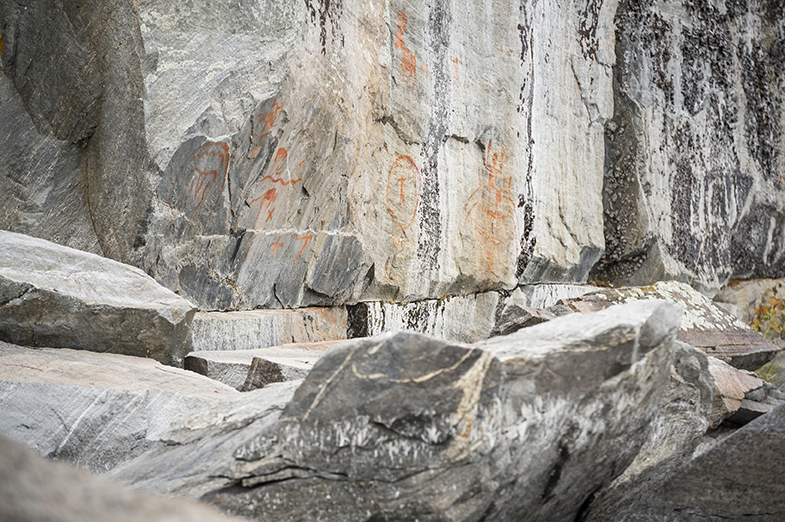 More than what can be seen on the river is what can be felt and experienced. Well known in canoe circles, there is a famous quote by a former Prime Minister of Canada that perhaps best explains why people step away from the comforts of home to paddle into the wilderness:

“What sets a canoeing expedition apart is that it purifies you more rapidly and inescapably than any other. Travel a thousand miles by train and you are a brute; pedal 500 on a bicycle and you remain basically a bourgeois; paddle a hundred in a canoe and you are already a child of nature.”

CanoeSki and Churchill River Canoe Outfitters have scheduled guided trips or will help you plan your canoe adventure on the Churchill and beyond.

If you are a seasoned canoeist looking to plan your own trip, GoTrekkers online shop has topographic maps and a large selection of documented canoe routes in Saskatchewan.