On any given day, the sky above Moose Jaw reveals impressive feats in aviation. South of the city, 15 Wing Moose Jaw is the centre of Royal Canadian Air Force (RCAF) pilot training and principal site of NATO Flying Training in Canada. It is also home to the iconic Canadian Forces Snowbirds.

On July 6-7, the Saskatchewan Airshow, hosted by 15 Wing Moose Jaw, will showcase some of the finest military and civilian aviation acts. The show will commemorate Saskatchewan’s commitment of more than 75 years to pilot training, and celebrate historical connections between 15 Wing Moose Jaw and communities throughout the province.

Here are just a few highlights that will make for a day of thrilling overhead sights and exciting on-the-ground activities.

RCAF units across Canada select their best for this special demonstration unit that operates and maintains a supersonic CF-18 Hornet. The high-performance, twin-engine fighter jet generates enough thrust to lift 24 full-size pickup trucks off the ground. During the 2019 air show season, Captain Brian Kilroy pilots the Hornet painted to commemorate the RCAF’s pathway to the stars and the 70th anniversary of the North Atlantic Treaty Organization. 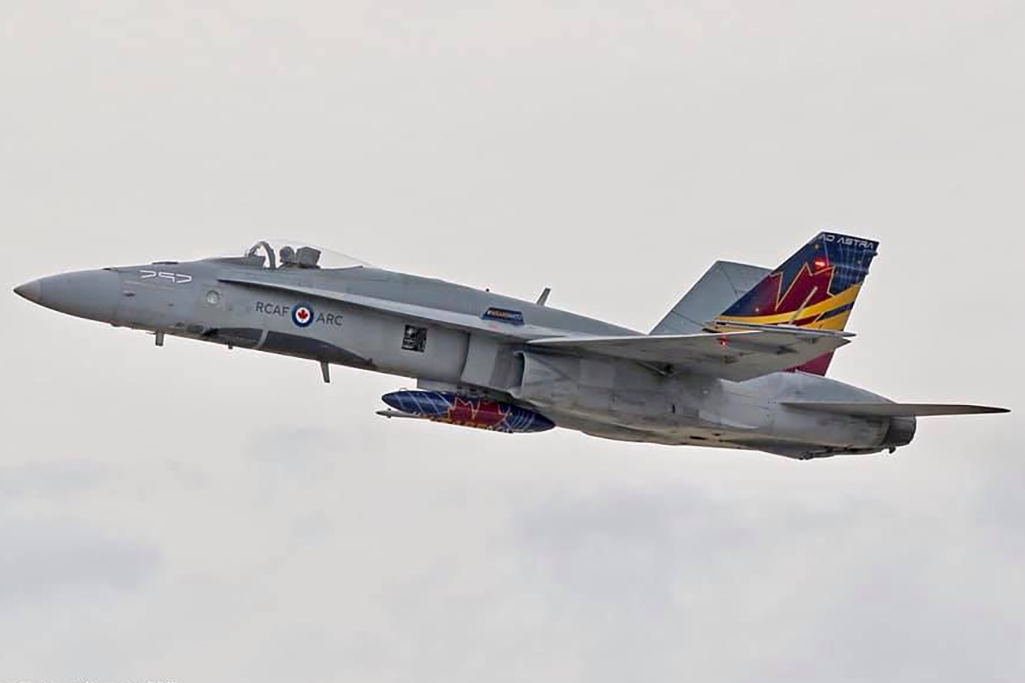 The Air Combat Command F-16 Viper Demonstration Team at Shaw Air Force Base, SC performs precision manoeuvres to show the capabilities of the F-16 Fighting Falcon, affectionately known as the “Viper.” With its lightweight airframe and powerful engine generating 31,000 lbs. of thrust, the F-16 can exceed Mach 2 (1,500 mph). 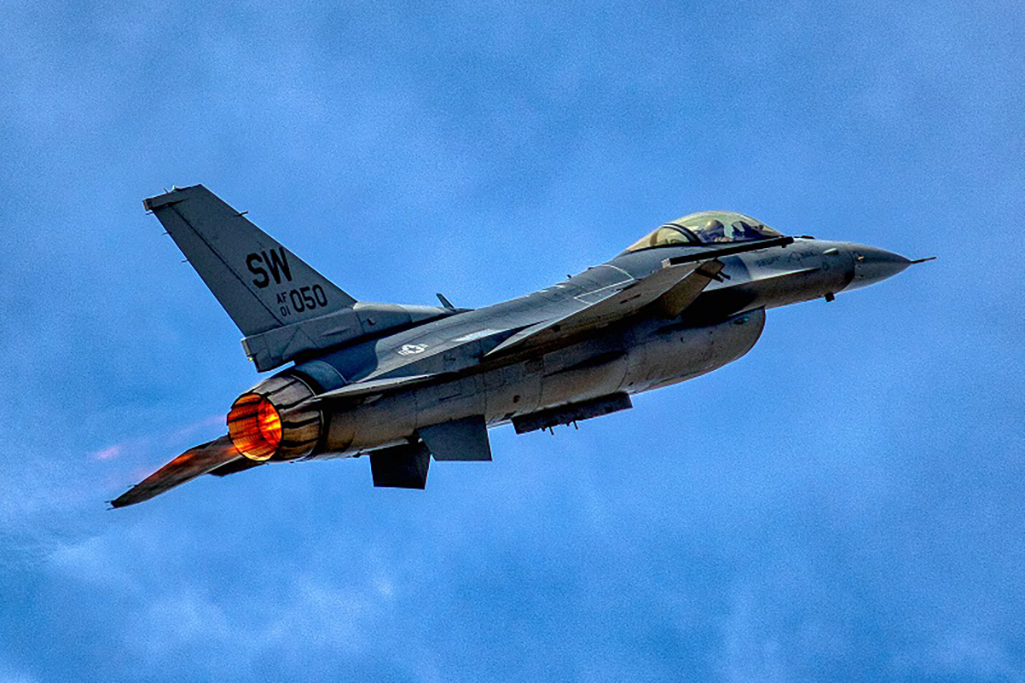 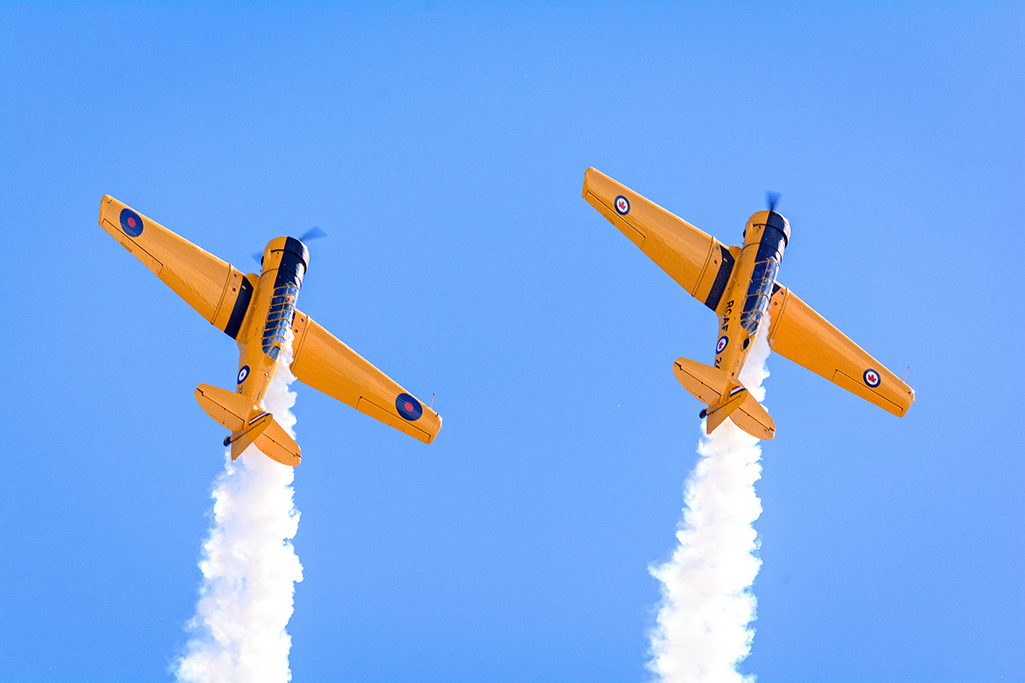 A commanding performance by the Canadian Forces Snowbirds is the perfect finale to the day. The iconic Snowbirds serve as ambassadors of the Canadian Armed Forces (CAF) and the nation. Celebrating their 49th season in 2019, the Snowbirds continue to inspire and thrill audiences with daring aerobatic displays and fly-bys above cities and communities across Canada and the U.S. 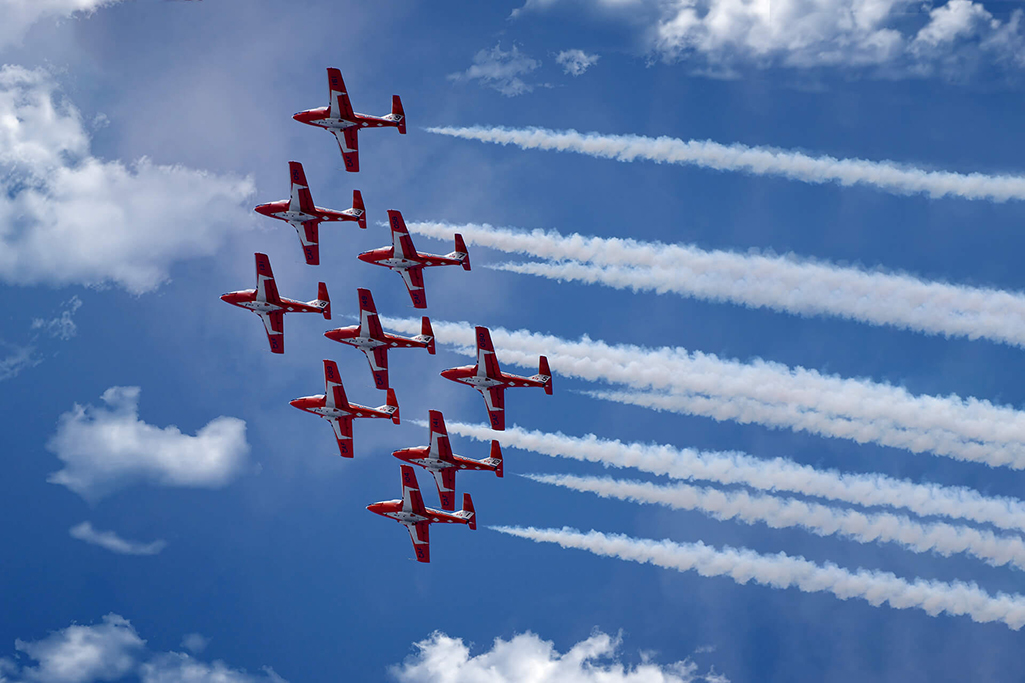 Static displays provide spectators an opportunity to admire aircraft up close. Stand next to a World War II Spitfire or P-40 Warhawk and imagine yourself behind the controls. (Static displays are subject to change.)

Sometimes the young ones need a break from looking up. The Kids’ Zone features inflatables, crafts, games, balloon animals and an assortment of activities.

Watching fascinating aviation displays builds an appetite. A range of vendors and food trucks will be on- site, many of which are local and offer authentic Saskatchewan flavours.

Check out this video for a sneak preview of the Saskatchewan Airshow. Visit saskairshow.ca to purchase tickets.