From Maple Creek in the west to Carlyle in the east, southern Saskatchewan is as varied as its landscape. The area boasts a wealth of must sees and dos with its dude ranches and dinosaurs and art galleries and spas. Explore southern Saskatchewan this summer and put these top destinations on your itinerary:

Located on the border between Saskatchewan and Alberta, Cypress Hills is Canada’s first interprovincial park. The unexpected mountain-like oasis reaches an elevation of 1,392 m above sea level, marking Saskatchewan’s highest geographical point. In the Centre Block, there are six front-country campgrounds, a resort, swimming pool, hiking trails, ziplining and the largest Dark Sky Preserve in Canada. In the West Block, there is backcountry and equestrian camping and hiking trails to some of the park’s most scenic spots, including the Conglomerate Cliffs. Visit Fort Walsh National Historic Site, a North West Mounted Police (NWMP) post established in 1875 that played a key role in imposing law and order in the west. Just outside of the West Block boundary is Historic Reesor Ranch, a century-old working guest ranch. 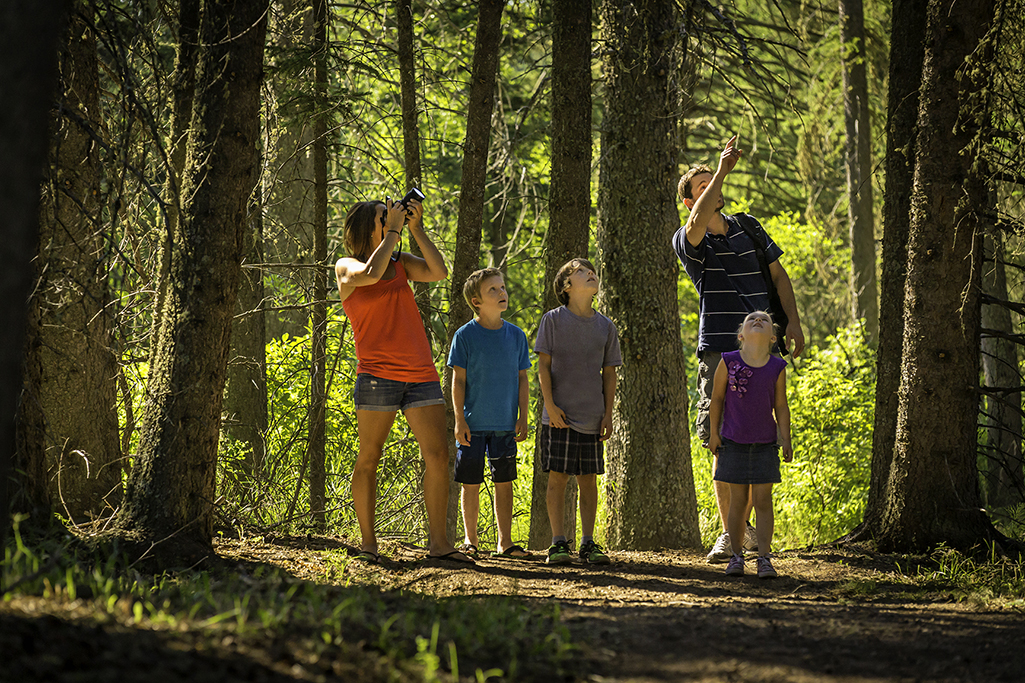 One of Saskatchewan’s two national parks, Grasslands National Park is a 570-sq. km expanse of grassy hills and river valleys. In the West Block, drive the Ecotour Road and view herds of Plains bison as they roam the land, grazing on native grasses. Black-tailed prairie dogs, black-footed ferrets and pronghorns make their home here – not to mention the snake hibernaculum. Stay in one of the park’s iconic tipis or an oTENTik. At night, the Milky Way illuminates this designated Dark Sky Preserve. Backcountry hikers and campers will have a field day in the East Block. Backpack your way through the gorgeous, hoodoo-strewn landscape of the Valley of 1,000 Devils or take a drive on the 11-km Badlands Scenic Viewpoint Road. This new paved route has six viewpoints highlighting some of the most spectacular vistas in Saskatchewan. 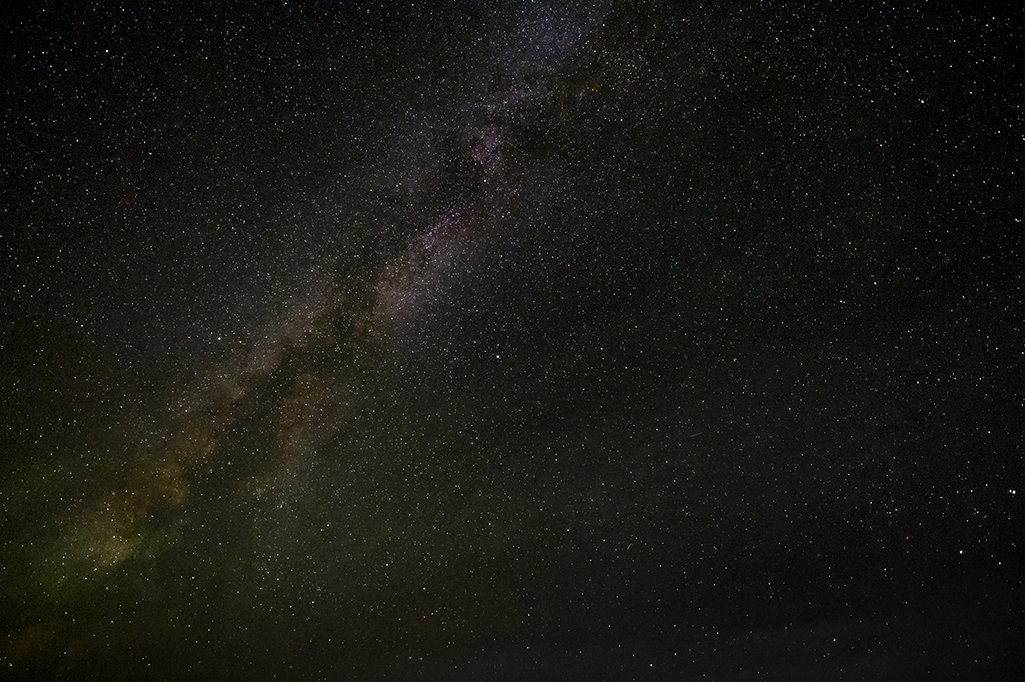 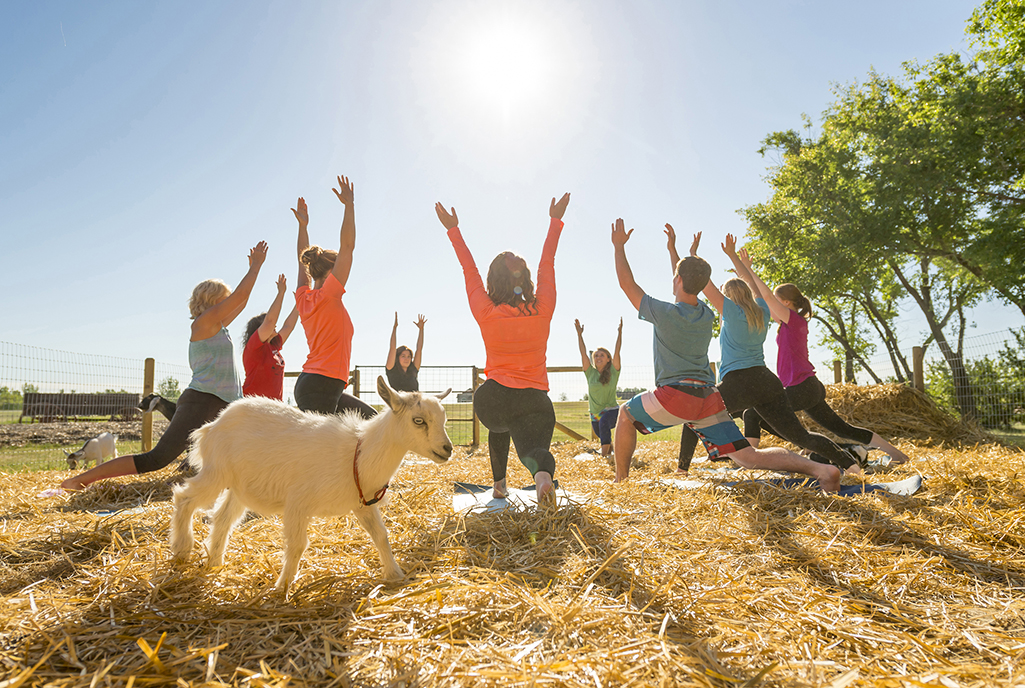 Glide along the 800 km of shoreline as the wind catches your sail on Lake Diefenbaker. Or spend the day waterskiing, fishing, camping or golfing at one of the three provincial parks (Danielson, Douglas and Saskatchewan Landing) and various regional parks located along the lake. Moor your boat (with or without sails) at Lakeside Marina Service at Elbow and hit some golf balls at Harbor Golf Club & Resort, an 18-hole championship course situated on the bluffs overlooking the lake. This massive manmade lake is one of the premier recreation areas in southern Saskatchewan. 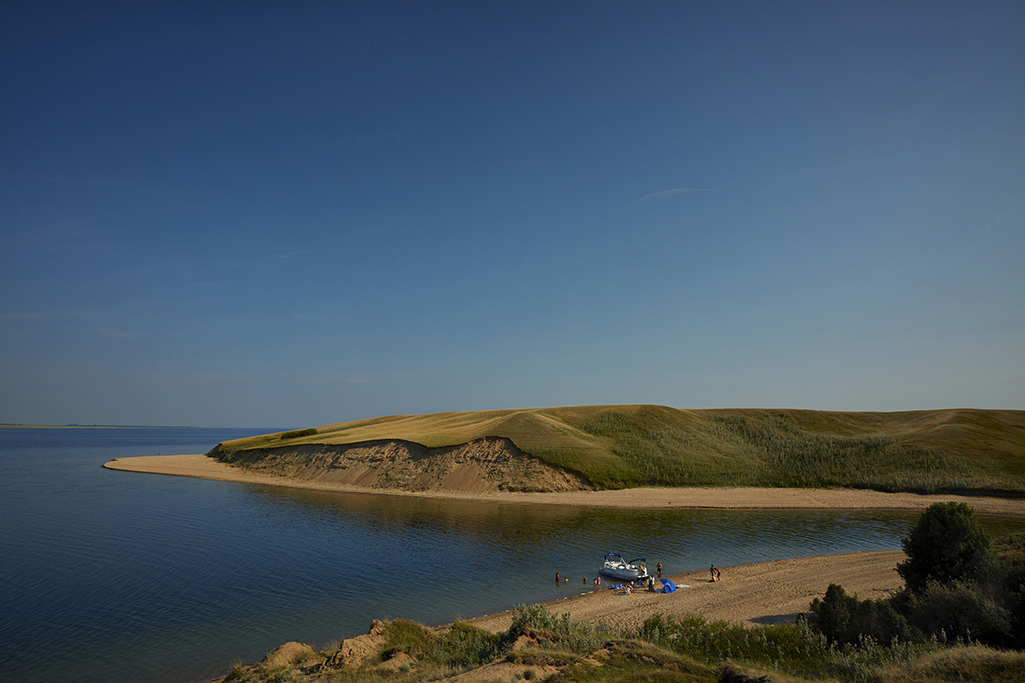 Moose Mountain Provincial Park has an extensive trail network for hiking and mountain biking. Pass through the beautiful stands of aspen, birch, green ash and Manitoba maple that characterize this unique southern Saskatchewan forest. Pull out your clubs and hit the links at one or both of the two championship 18-hole golf courses in the area – Golf Kenosee or White Bear Lake Golf Course. Not far from the park, the Prairie Dog Drive-In Theatre near Carlyle is a nostalgic way to spend an evening. 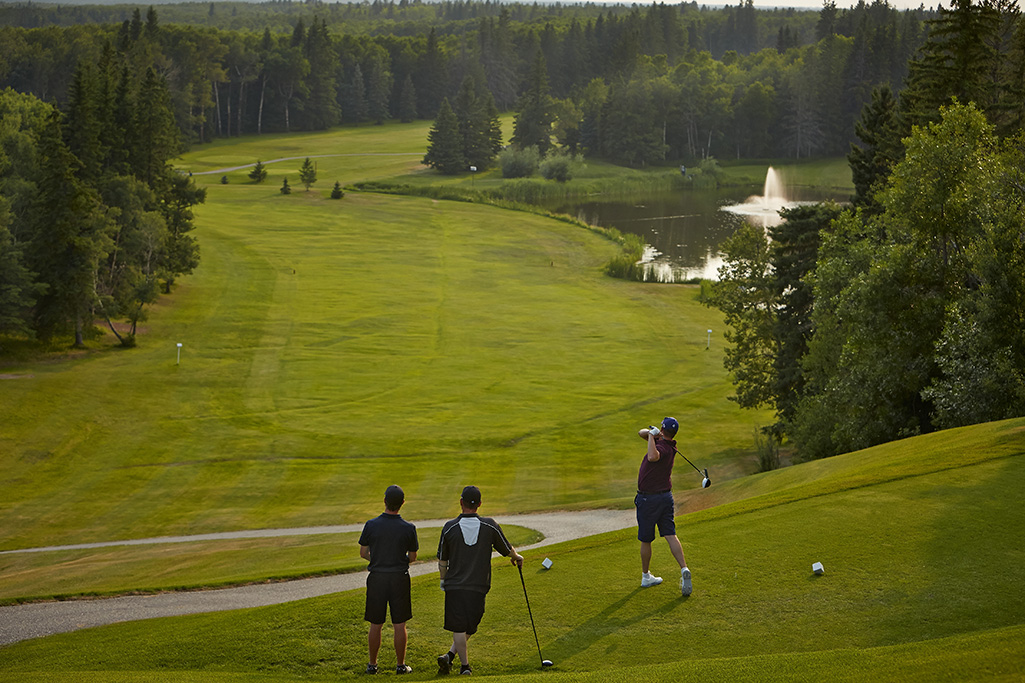 Grab your camping gear and explore the campgrounds and beaches of southeast Saskatchewan. From Regina, drive east through the Qu’Appelle Valley. Take your pick from six lakes – Pasqua, Echo, Mission, Katepwa, Round and Crooked – and cast your line to catch tonight’s supper. Throw on some waterskis or strap on a wakeboard and take in the beautiful scenery from behind the boat. Nestled amid white birch and maples on the south side of the lake, Echo Valley Provincial Park has hundreds of campsites. 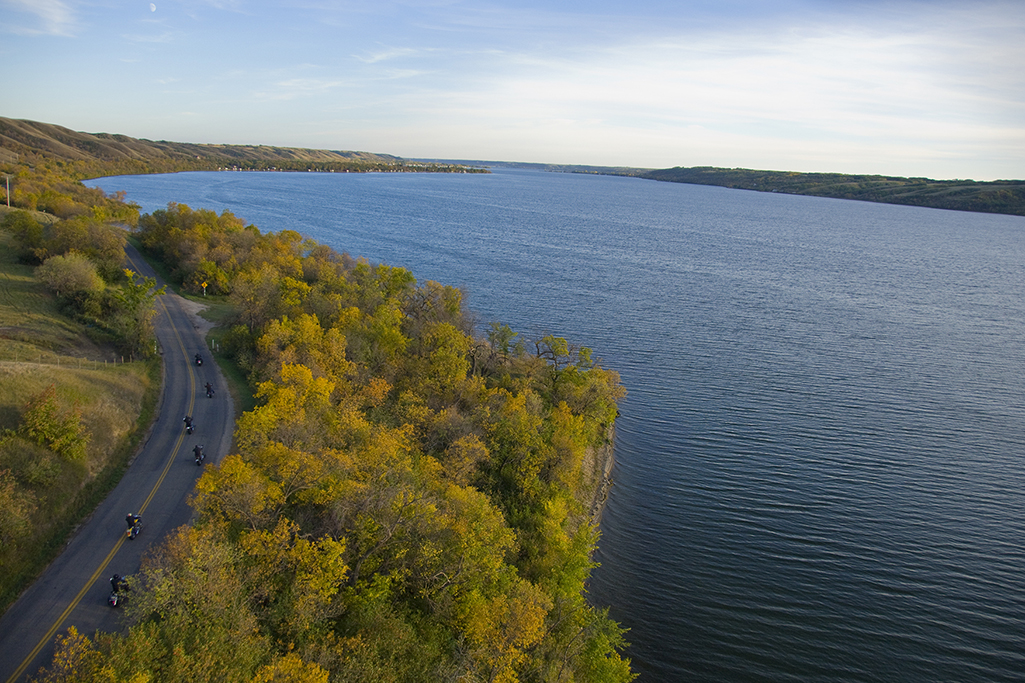 To see Moose Jaw is to love Moose Jaw. There’s no better way to describe the eï¬€ect that this small but lively city has on visitors. The downtown is packed full of heritage buildings, boutique-style shops and excellent restaurants. With its geo-thermal mineral pool and spa, Temple Gardens Hotel & Spa is one of the city’s most famous attractions. Another is the immersive Tunnels of Moose Jaw. Dive into the world of Prohibition-era bootleggers in the Chicago Connection Tour, or experience the life of a Chinese immigrant working at an underground laundry on the Passage to Fortune Tour. At the Western Development Museum – Moose Jaw, relive history with a ride on the only operating steam locomotive in Saskatchewan. 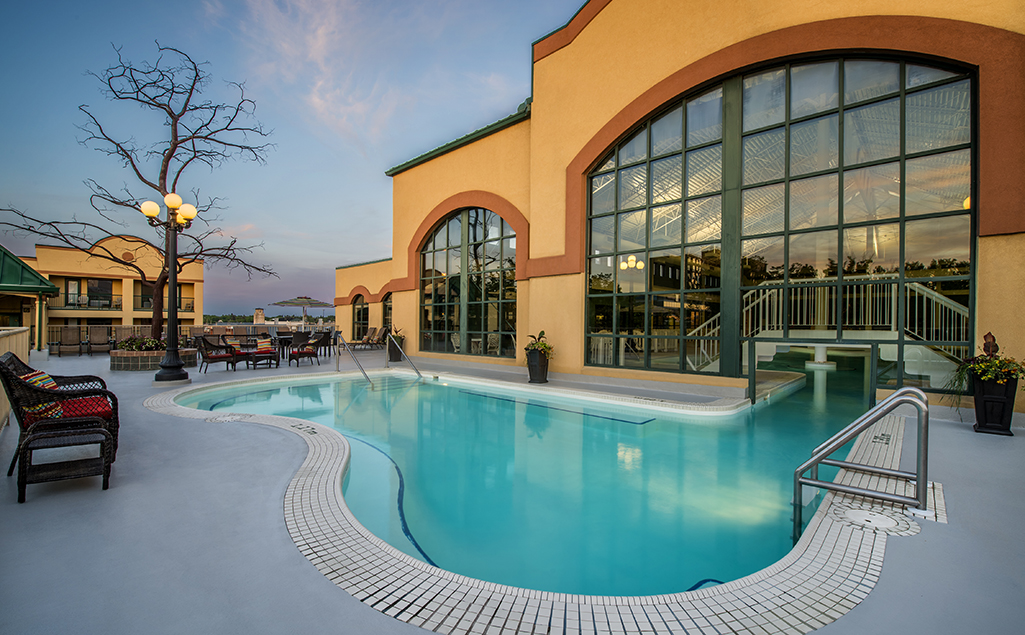 Gravelbourg, a bilingual community in southwest Saskatchewan, is home to Our Lady of Assumption Co-Cathedral. Built in 1918-1919, this national historic site features notable paintings by Monsignor Charles Maillard (painted 1921-1931) and stained glass windows from France. At the Shurniak Art Gallery in Assiniboia, sculptures by esteemed Canadian artists Robert Davidson and the late Joe Fafard dot the landscaped courtyard and grounds. The gallery houses the impressive art collection of Bill Shurniak, amassed during a lifetime of world travel. 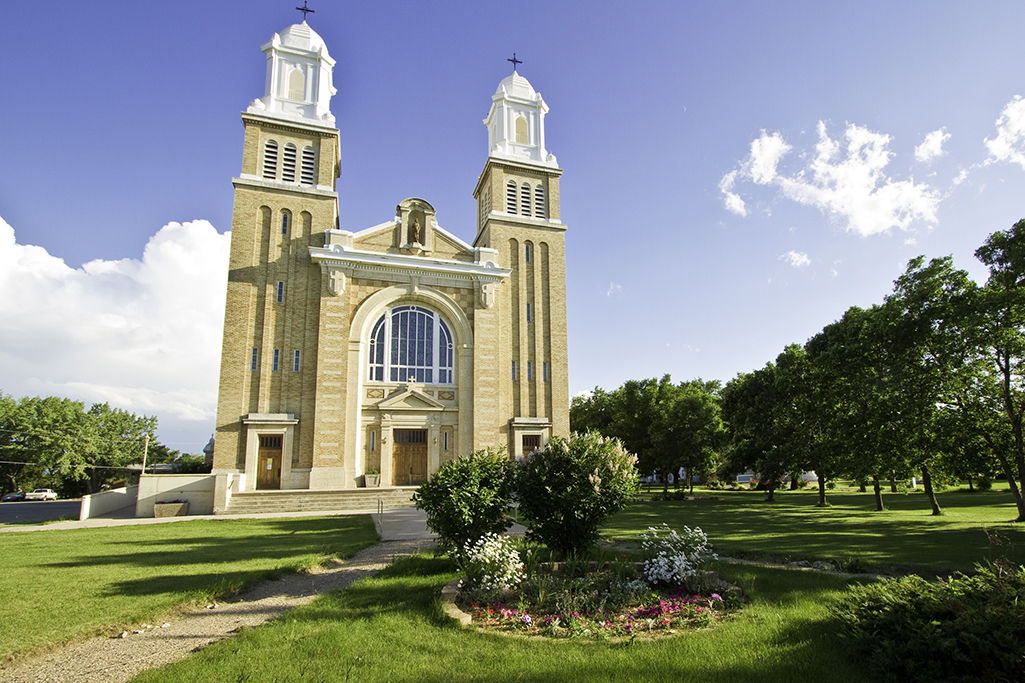 See some of the largest pieces of coal mining equipment in North America at the Estevan Mine Site during the Estevan Energy Tour. Starting from the Estevan Visitor Information Centre, the tour also takes you to the Shand Power Station, the most environmentally advanced coal-fired generating station in Canada, and the Shand Greenhouse, where excess heat from the power station is used to produce thousands of tree seedlings each year. In Weyburn, visit the Soo Line Historical Museum to see the world’s largest private silver collection, with more than 5,000 items. 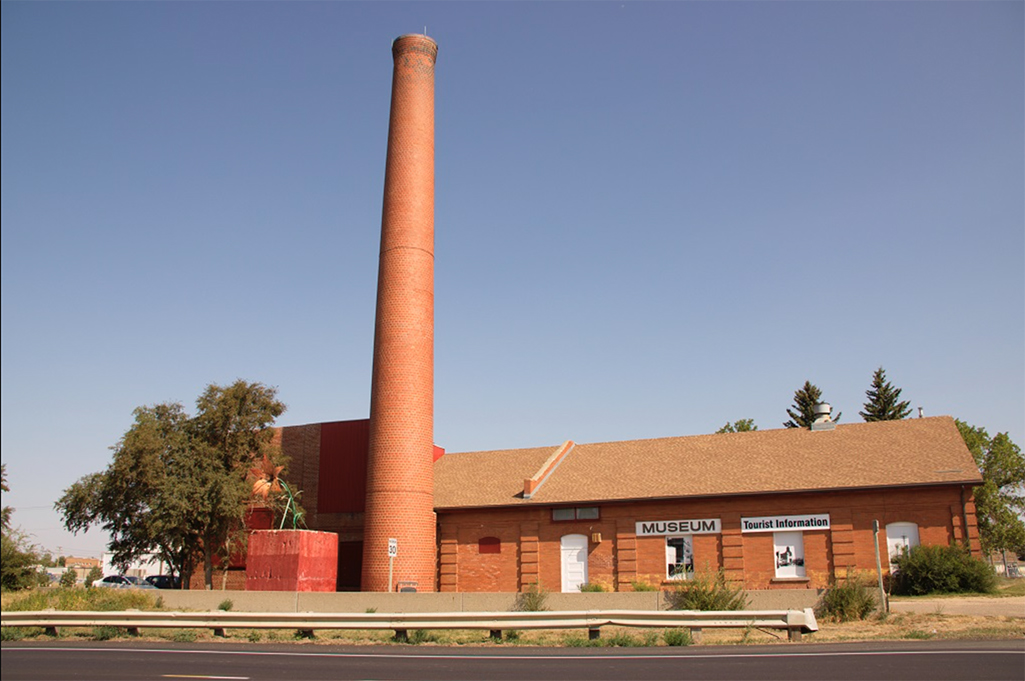