Saskatchewan is a vast land that bears the traces of thousands of years of human settlement, from Indigenous peoples setting up camp in river valleys to missionaries establishing churches in the remote north of the province. Take a road trip to any one of these places to discover the province’s surprising history, then branch out from there and discover the sites (and sights!) waiting for you around the next turn of the road.

The Big Muddy sits atop the southern border of the province, a remote area full of hidden coulees, beautiful striated buttes and craggy hills. If you know where to look, you can also find several structures significant to Indigenous peoples.

Big Muddy/Outlaw Cave Tours, based out of Coronach, will take you onto privately owned lands, where you can examine the Minton Turtle Effigy and Canada’s only known Buffalo Effigy. Remember to respect the area and not disturb the stones. The tour also takes visitors to Castle Butte, the Sam Kelly Outlaw Caves and the town of Big Beaver.

Full or half-day tours run throughout the summer. The nearest accommodations can be found in Assiniboia or Moose Jaw.

In the early 20th century, Saskatchewan was one of the largest brick producers in the world. Claybank Brick Plant, opened in 1914, now operates as an educational and historic attraction. Located near the village of Avonlea, the plant is a short drive from Regina or Moose Jaw. Find out about the entire brick-making process from clay to kiln. Stop in at the gift shop and bakery. If you have an extra day to spare, arrange a tour of the nearby Avonlea Badlands with the Avonlea Museum. 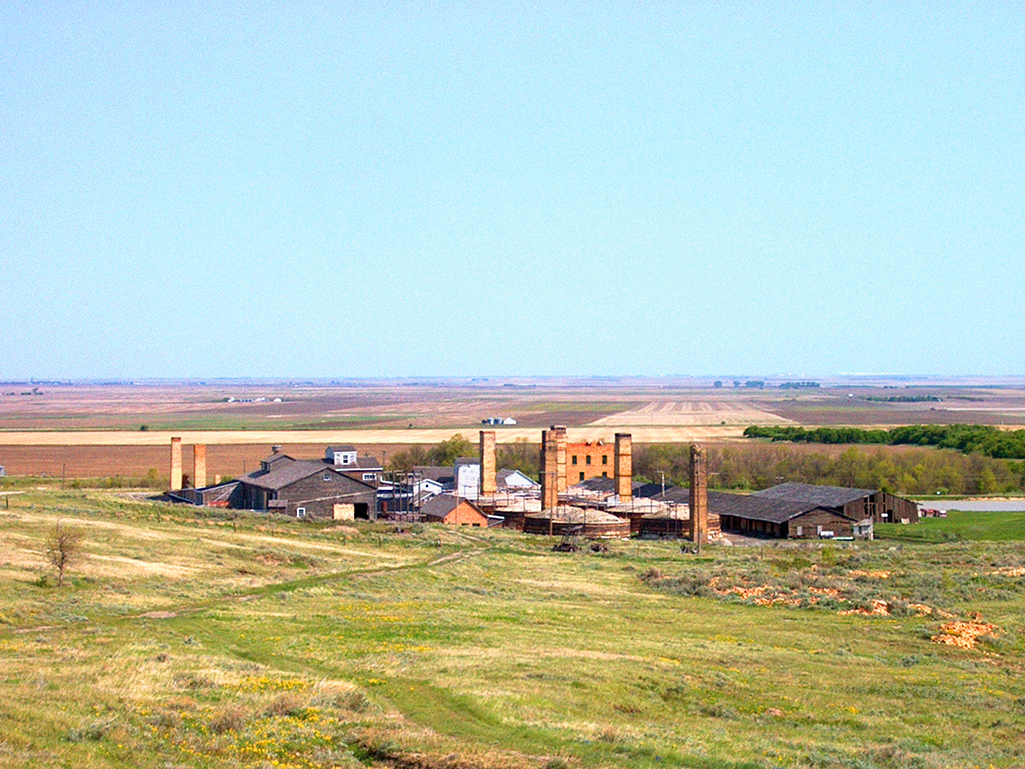 Located above the Opimihaw Valley on the northern edge of Saskatoon, Wanuskewin Heritage Park interprets over 6,000 years of Northern Plains Indigenous cultures. Nineteen pre-contact archaeological dig sites have been identified in the area. In the spring, park visitors can observe archaeologists excavating and cataloguing their finds.

One of the most fascinating structures in the park is the medicine wheel, constructed around 1,500 years ago. Located on a ridge affording a wide view of the surrounding area, this is the northernmost medicine wheel on the North American plains.

Built in 1884, the Marr Residence was one of the earliest houses to appear in the Temperance Colony of Saskatoon. The house even functioned as a field hospital during the North West Resistance of 1885. There are rumours that the building is haunted, so book a tour and keep your eyes and ears open! 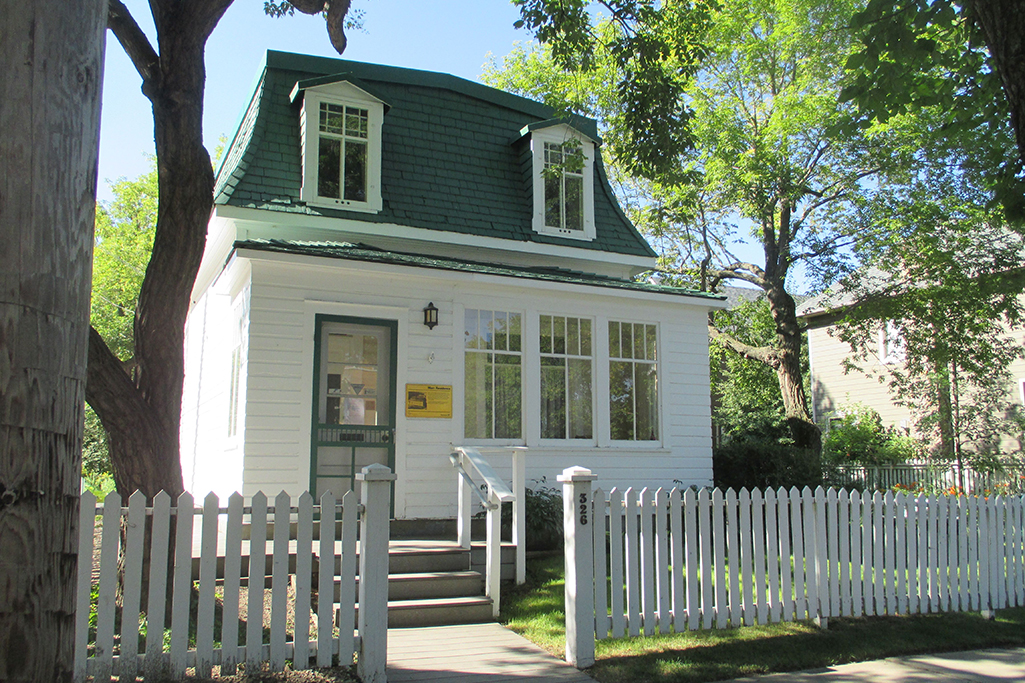 Saskatchewan’s northernmost major city houses one of the oldest combination town hall/opera house in the province. The Prairies are dotted with “opera houses” – impressive structures that usually combined administrative offices, a fire hall with a cupola for drying hoses, and an auditorium that housed meetings and concerts The Prince Albert Arts Centre now houses the J.V. Hicks Gallery, as well as a pottery studio, arts programs and meeting space. 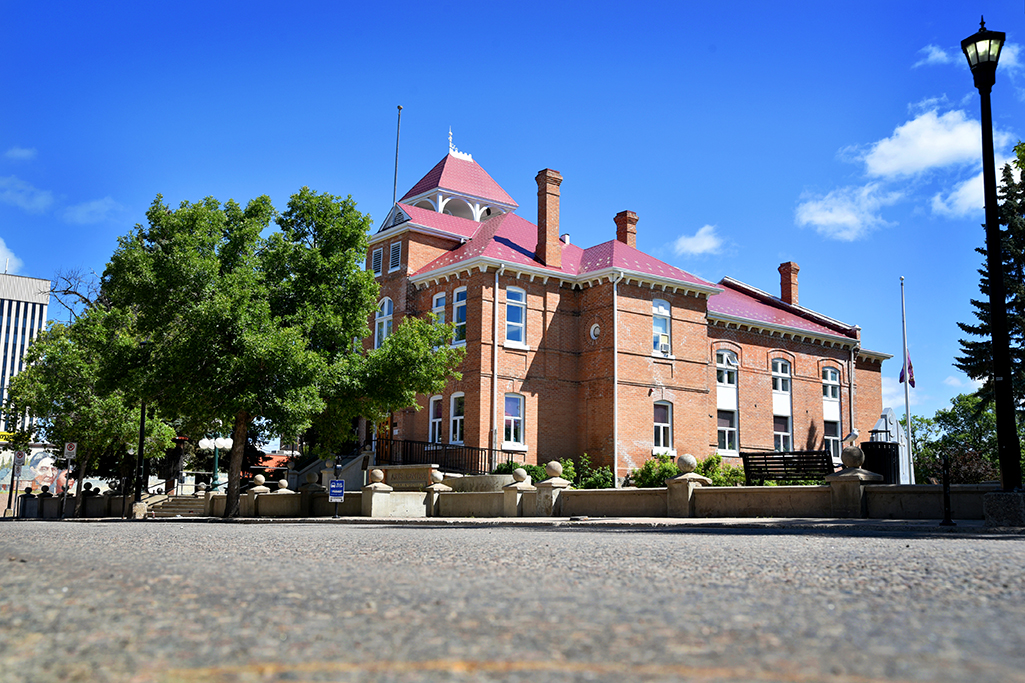 Holy Trinity Anglican Church Provincial Historic Site is the oldest standing building in Saskatchewan and a bucket list destination for adventurous travellers. The church was built between 1854 and 1860 and still contains original materials, including hinges, locks and stained glass brought from England. Located in Lac La Ronge Provincial Park, the church is accessible by boat only.

There are plenty of other outstanding places of worship in Saskatchewan to visit: Our Lady of Assumption Co-Cathedral in Gravelbourg; the Doukhobor Prayer Home in Veregin; and any one of a number of Ukrainian onion-dome churches dotted throughout eastern Saskatchewan. 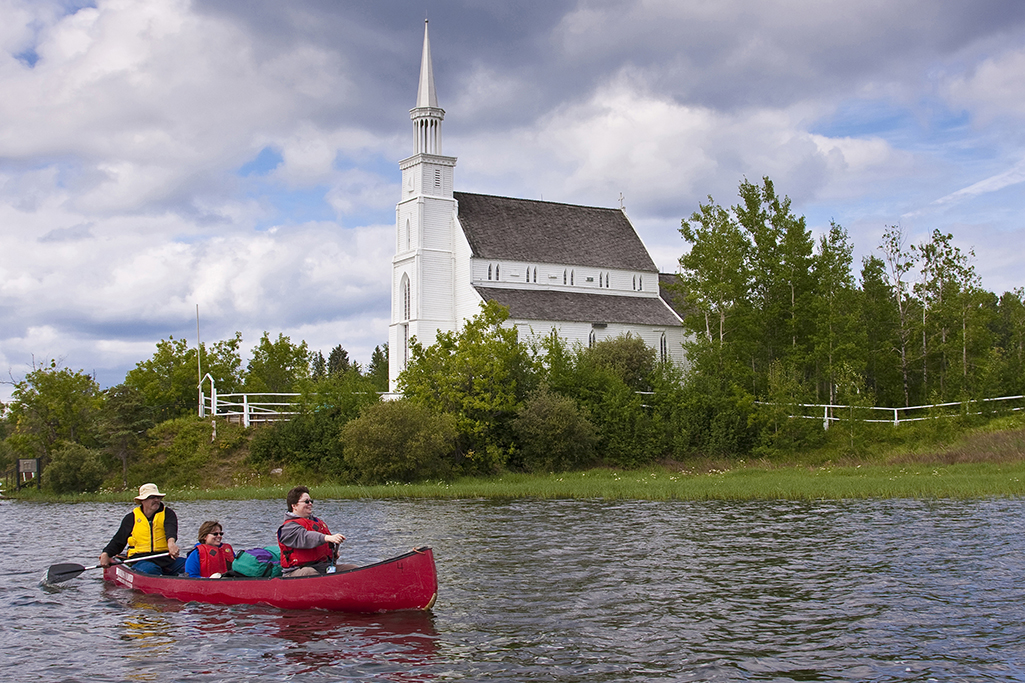 What are some of your favourite historic structures in Saskatchewan?