“At Wanuskewin, everything was geared for bison for over 6,000 years. This is a kind of coming home.”

A day in the life of a six-month-old bison rarely involves travelling halfway across Saskatchewan. But in December 2019, six female calves from the Grasslands National Park herd boarded a trailer destined for Wanuskewin, located on Saskatoon’s northern edge.

Upon arrival, they bolted from the unit as though familiar with the territory and excited to be “home.” Perhaps they were.

“This has always been bison country,” Dr. Ernie Walker, Wanuskewin co-founder and chief archaeologist, said. “The Northern Plains had more bison than the rest of the grasslands, even in pre-contact times.”

Centuries ago, more than 30 million bison roamed the plains. By the 1880s, they numbered less than 1,000. Their near extinction, one of the grim consequences of colonization, would forever alter the traditional way of life for Indigenous peoples.

“The bison were our economy,” Elder Cy Standing, Wanuskewin advisor, said. “We depended on them for our food, for shelter. We lived wherever the bison roamed. The Elders told us that we have to bring back the bison . . . and be the proud people who we used to be. Returning them will bring back the teachings to our people. When our children become knowledgeable and discover the spiritual ways and ceremonies – that’s our future.”

From Grasslands National Park to Wanuskewin

Wanuskewin’s new additions are the beginning of a “conservation herd,” which Walker explained as being as close as possible, genetically, to the pure Plains bison that existed 200 years ago.

The bison at Grasslands National Park are descendants of the Elk Island (Alberta) herd, which originated in Montana. The Grasslands herd has grown to more than 400 head since bison were re-established in the area 15 years ago. A partnership between Parks Canada and Wanuskewin enabled the transfer of the six calves.

“These are good quality animals,” Walker said. “We know about their genetics, so we are off to a good start. Female bison are easier to manage. You want them to grow up in an area where they are going to stay. If you move older animals, they have a tendency to want to return home. The idea was to bring calves, young ones, and this will be their home. They are going to develop here, grow up here.” 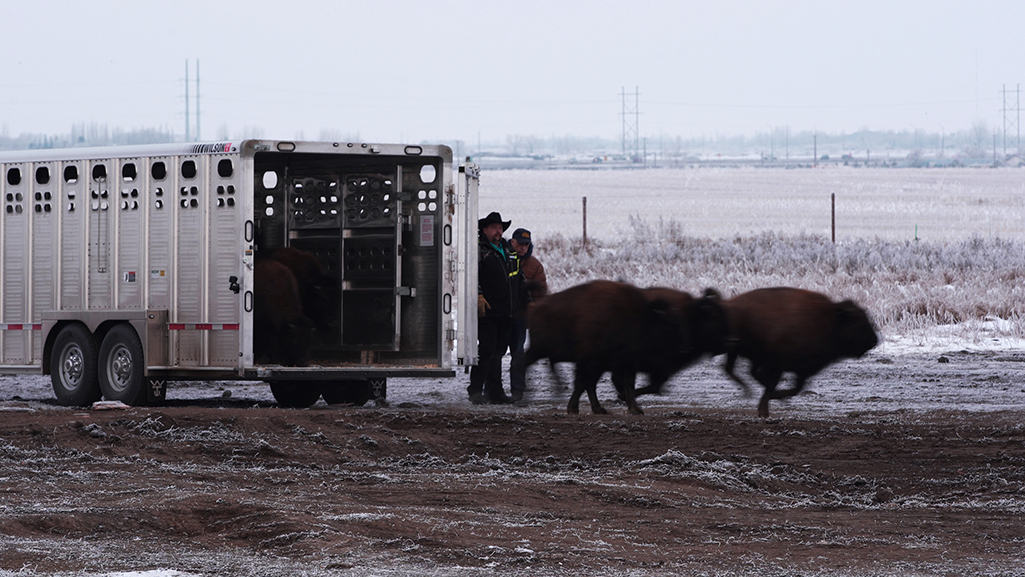 Wanuskewin currently has nearly 1,100 acres for the bison to move, seasonally, across three paddocks. This arrangement enables growth and restoration of natural grasses and provides enough area for up to 50 head. The Wanuskewin animals are not a free ranging herd, but still have ample space to manoeuvre.

The herd’s growth will take time and demand a thoughtful and meaningful approach, Walker added. “It means carefully thinking about what the size of the herd can be, what we can manage and how we are going to address some of the genetic issues. . . . All of this is being done in a way that is respectful to the environment and to First Nations traditions and spirituality.” 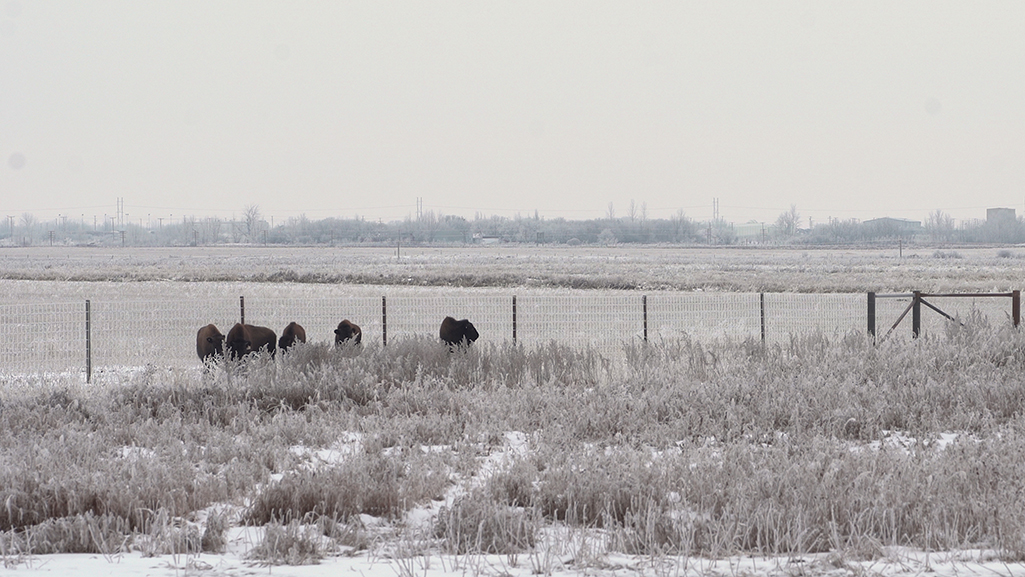 It is no secret that bison are significant to this location. Archaeological excavation of the Opimihaw Creek Valley has been underway for 40 years. The work has yielded artifacts dating back more than 6,400 years and shed light on the critical importance of bison to the area’s Indigenous peoples. The property encompasses two bison jumps, processing areas and a 1,500-year-old medicine wheel, one of fewer than 100 that remain on the Northern Plains.

Returning the bison is a monumental chapter in Wanuskewin’s story. Early discussions about the site’s development centered on the spiritual significance of the land and preserving it as a sacred place. “For the sake of our children, so that they would know our history, the decision was made to set up an interpretive centre and bring in all our history. That included the return of bison,” Elder Standing said. 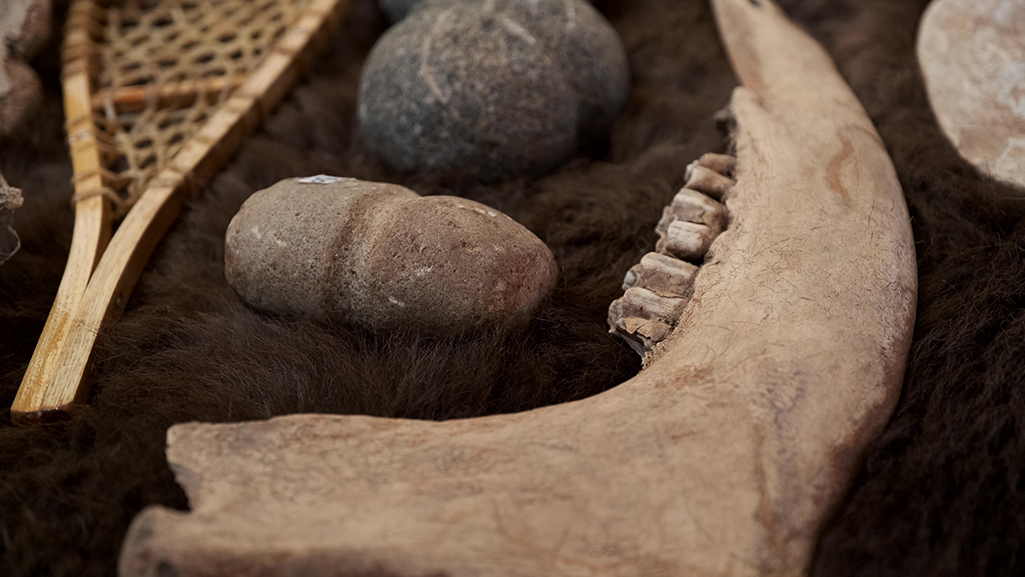 “When visitors would come here, they would see statues of bison and hear stories of bison,” Standing said. “But they would ask, ‘Where are the live ones?’ Now we can say, ‘They are here. Come and see them.’”

Understandably, direct contact with the animals is prohibited. Bison are a wild species and must be respected as such. Plus, they are massive. An adult male can weigh up to 900 kg. They are not petting zoo-type creatures.

A viewing platform has been constructed west of the Wanuskewin interpretive centre. A pathway winds its way through a series of sculptures and artworks. Once at the platform, visitors have a panoramic view of the pasture. If the bison happen to be at the watering bowls, they may be as close as 30 metres. Have your camera ready.

“We want Wanuskewin visitors to understand the bison story,” Walker added. “What is the nature of our grasslands and why are they endangered? What nearly happened to bison? Why are they so important to our First Nations culture? Why are they important for all of us? They are a keystone species, superbly adapted to the plains. We almost lost the iconic animal of North America. . . . I like the idea that they are back where they belong.” 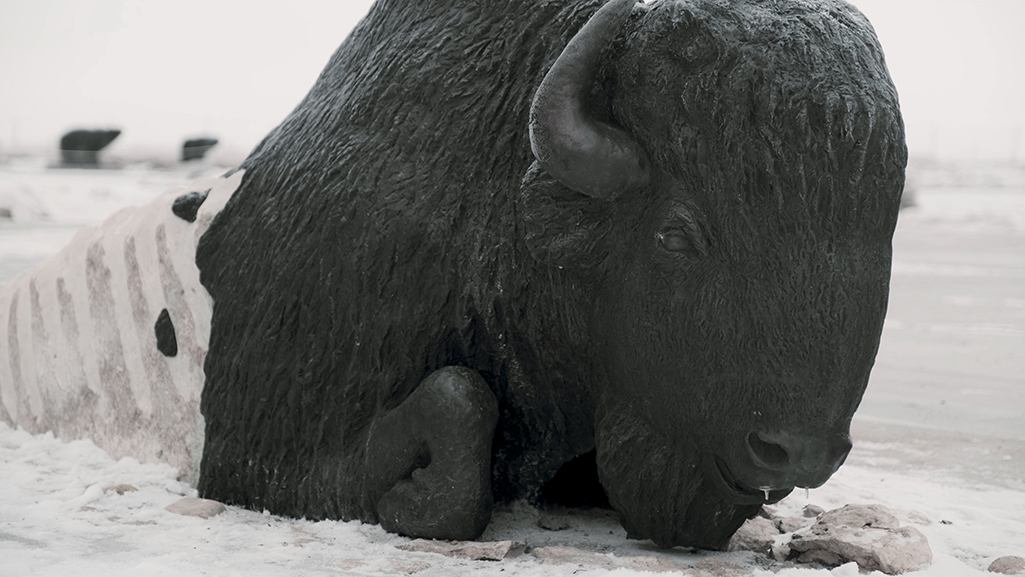 At the time of this announcement, Wanuskewin’s herd had nearly doubled. Four bred cows and one bull arrived on site from the United States. These animals have ancestral ties to Yellowstone National Park. The transfer marks the first time since the 1870s that this genetic bloodline has been north of the Canada/U.S. border.

The four bred females will deliver their calves in May.