Soft pillows of snow are piled more than a foot high on drooping branches of jack pine, spruce and fir in the boreal forest in northeast Saskatchewan. Thankfully, the trees are flexible, willingly bending under the weight of the white powder. 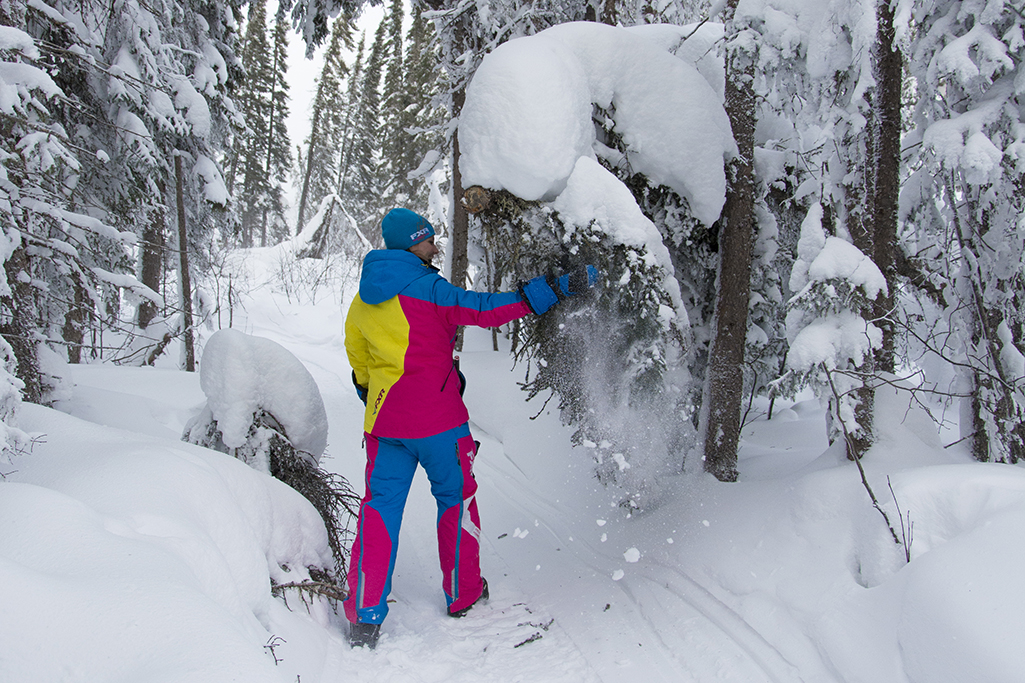 But it’s not just these fluffy tuffets and deep piles of snow that attract snowmobilers to Wildcat Hill Provincial Wilderness Park in the wintertime. Located approximately 50 kilometres (31 miles) north of Hudson Bay, the remoteness of the park and the fact that it’s only accessible during Saskatchewan’s colder months is alluring. Muskeg conditions and lack of roads make it nearly impenetrable in the summertime.

Since its inception in 1971, the park’s protected status has helped maintain 22,000 hectares (54,363 acres) of the taiga ecosystem. The park’s namesake hill has an elevation of 670 metres (2,200 feet) above sea level, one of the province’s higher points of land. Today, a carefully routed and groomed snowmobile trail winds its way up through the forest and along several steep canyons. 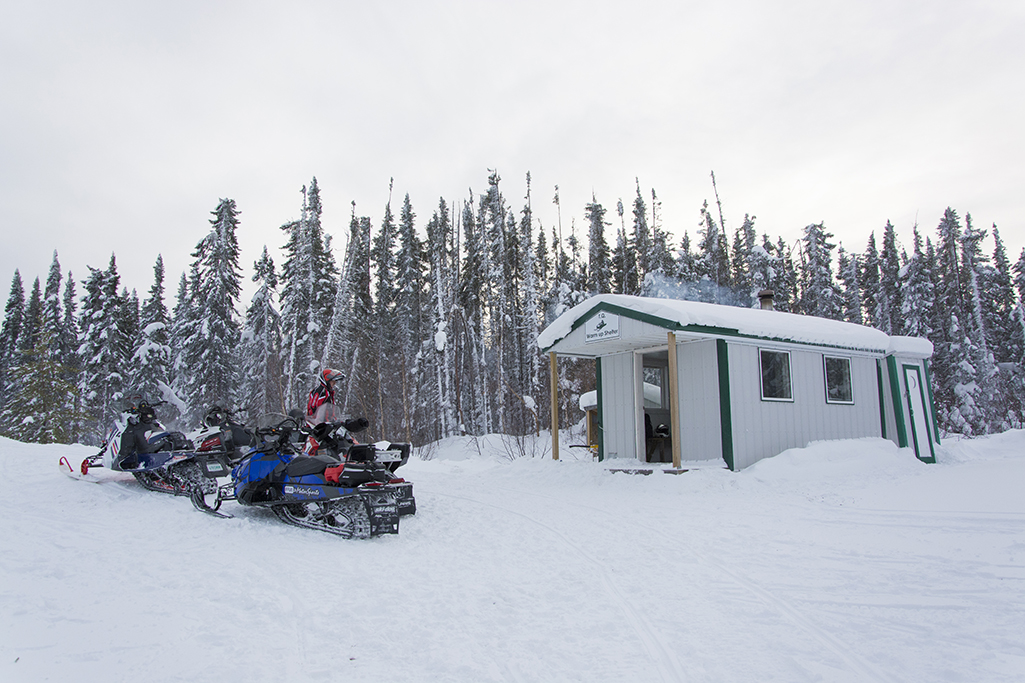 Built in 2015, a solitary but well-equipped warm-up shelter sits in a clearing near the shoreline of Bankside Lake. Chopped wood, an iron stove and an outhouse are all maintained by the nearly 60 hardworking volunteers that are part of the Hudson Bay Trail Riders Club. Out here, the shelter is the only sign of civilization in the otherwise rugged and wild park.

Tucked into the Red Deer Valley between the Pasquia and Porcupine Hills in 2 million hectares (5 million acres) of provincial forest, the park, the town of Hudson Bay and 680 kilometres (423 miles) of snowmobile trails make the area one of the best snowmobile destinations in the province. They have the awards to prove it. 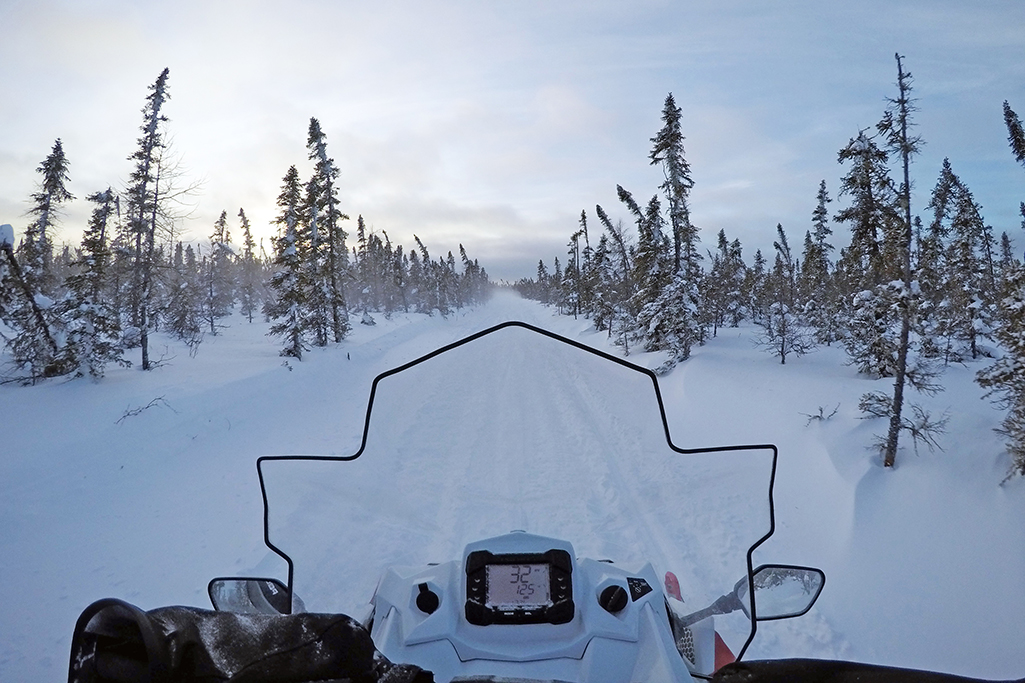 Signed riding trails spiral out in every direction as the town revolves around enthusiastic sledders who come every winter season. Snowmobilers arrive from as far away as Alberta, southern Saskatchewan and Manitoba. In town, sleds are recognized as legal transportation, making it convenient to park and ride from any doorstep.

While some visitors haul their sleds in on trailers and start their trip from Hudson Bay, many ride into town for a night or two. The interconnectedness of the Trans Canadian Snowmobile Trail and the groomed trails supported by other clubs, cities and towns make multi-day trips a specific highlight. For the past four years, a dozen communities in the region have joined together to promote “1,000 Miles of Snow.” Each location involved is connected by officially groomed and signed snowmobile trails in Saskatchewan’s northeast. 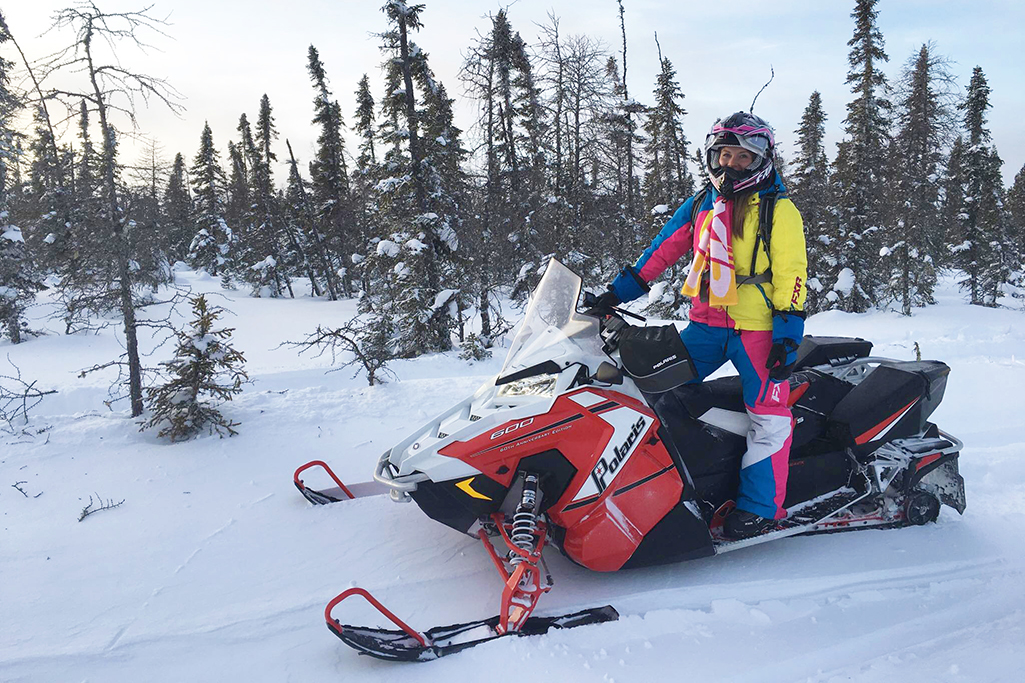 Jeanine Holowatiuk is the Community Economic Development Officer for the Town of Hudson Bay. She’s also a northern lights photographer and avid snowmobiler. She grew up snowmobiling in the area with her parents. What she loves most is spending the day with friends and family. “The biggest thing is getting out into nature and wilderness, exploring and seeing things you normally wouldn't,” Holowatiuk said.

Holowatiuk and her partner, Dustin Krajci, often ride out from their home and head to one of 12 modern warm-up shelters. They build a fire and enjoy a wiener roast supper for the evening. Holowatiuk enjoys the trails because they’re easy to navigate. Krajci enjoys the deep powder found off-trail. 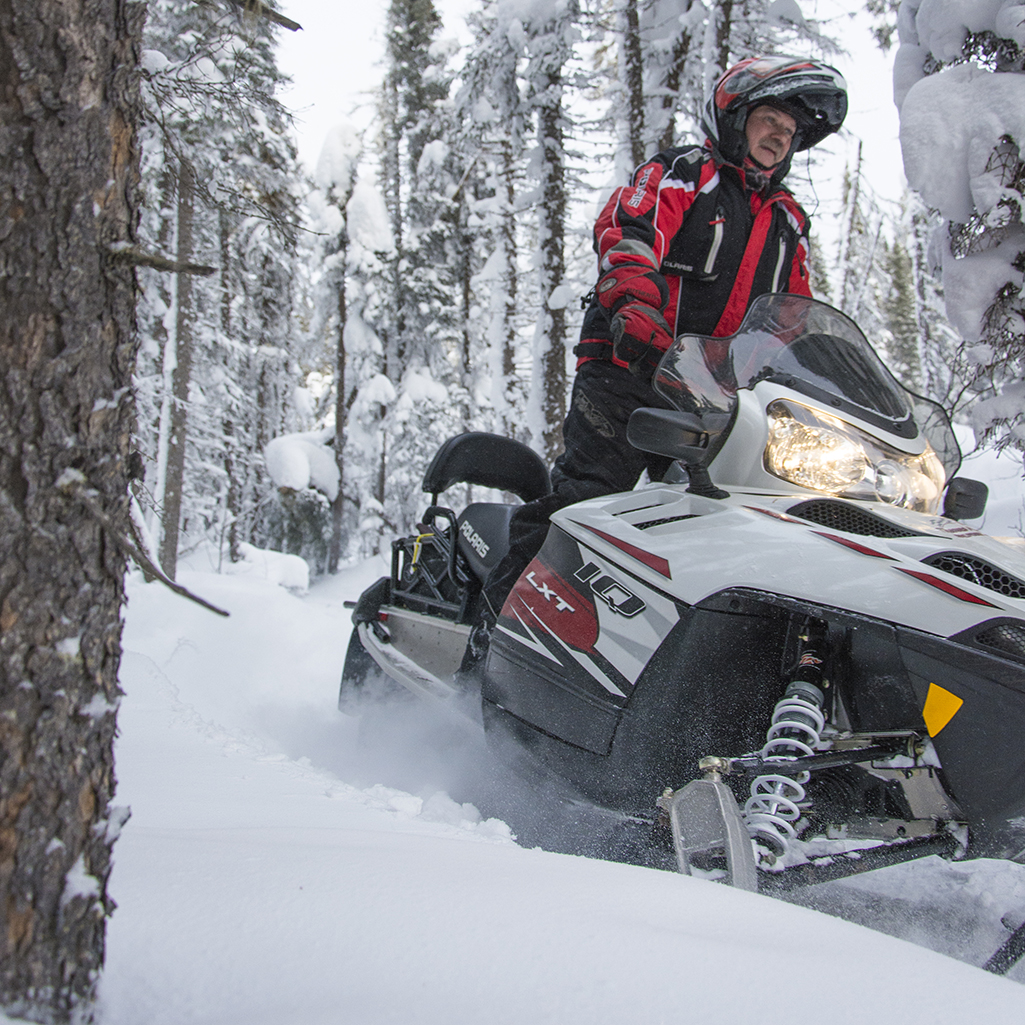 In town, accommodation varies from the fully equipped, two-bedroom Jackpine Cabins and Storage to the cozy and personal B&Bs outside of town like North Country Bed & Breakfast and Fir River Ranch. No matter where you stay, it’s common to spot deer wandering past or glimpse an occasional moose. The area is also known for elk, woodland caribou and sometimes sightings of cougar and lynx.

Saskatchewan’s vast network of groomed trails provide plenty of options for a winter snowmobile adventure. The location of Hudson Bay amongst the hills in the boreal forest makes it a place that should be on everyone’s bucket list. 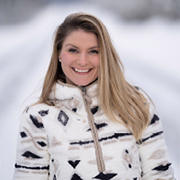 Ashlyn George is an adventure travel writer and social media influencer based in Saskatoon, Saskatchewan. By 30, she visited more than 60 countries and all 7 continents while documenting it on her blog The Lost Girl’s Guide to Finding the World. Today, Ashlyn creates content in partnership with world-renowned brands like NFL Canada, McDonald’s and CLIF Bar and has been featured in the New York Times and listed by Kayak as a Top 10 Travel Hacker. Find her online at @thelostgirlsguide or www.thelostgirlsguide.com